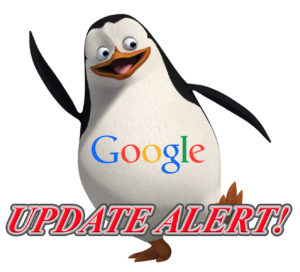 Google Penguin 4.0 is finally here and officially live now. Google announced its release in September this year, and revealed the significant changes it made and how it is going to affect websites all over the internet. It has been over two years since the last major update, Penguin 3.0, which was launched in October 2014. Let’s see what new changes Google has introduced this time.

Google made the announcement on its Webmasters Blog on September 23, 2016, describing the key changes made to the update. Here is the official statement:

“Penguin is now real-time. Historically, the list of sites affected by Penguin was periodically refreshed at the same time. Once a webmaster considerably improved their site and its presence on the internet, many of Google’s algorithms would take that into consideration very fast, but others, like Penguin, needed to be refreshed. With this change, Penguin’s data is refreshed in real time, so changes will be visible much faster, typically taking effect shortly after we recrawl and reindex a page. It also means we’re not going to comment on future refreshes.”

“Penguin is now more granular. Penguin now devalues spam by adjusting ranking based on spam signals, rather than affecting ranking of the whole site.”

Let’s break down one aspect of the statement at a time and understand what these changes mean and what their effect will be on your website.

The real-time nature of Penguin is something many of us have been waiting for. By “real-time”, Google means that website owners won’t have to wait for a long time to refresh or update to recover from Penguin’s effects. The data will be refreshed in a real-time manner, and the changes will be apparent as soon as a webpage is recrawled and reindexed, which will be much faster.

The main purpose of Penguin is to filter websites spamming the search results with inorganic links, and improve search rankings for users to get better and more relevant results. Due to this, the whole website with just one or two spamming pages dropped in the search engine rankings. But the latest Penguin update devalues spam based on spam signals, and only affects the rank of pages with spamming links, instead of the whole website. Moreover, penalties will be applied to those specific pages only rather than the entire domain.

Unlike the previous updates, in which they were applied to a few selected countries and on English queries first, this Penguin update has been released worldwide in all languages. Searchers and SEO professionals all around the world will be able to experience these changes and the fluctuations in the ranking of websites and their specific pages.

Google Penguin has about 200 different signals which it uses to rank websites in the SERPs. As per Google’s official statement, Penguin 4.0 is now a part of Google’s core ranking algorithm. This means that instead of working just as a mere filter, Penguin will work as a part of core search algo. It will regularly view the performance of your website rather than hitting it only once in a while.

Google is always updating its algorithms to make search experience better for its users, and website owners have to go with the flow in order to keep their business floating. If you have any questions regarding Penguin 4.0 and its effects on your website, contact FORWARD marketing at (773) 227-3269 today for answers.

"Matt and his team helped us upgrade and rebuild our company website into Wordpress, restart our SEO "

"Matt was effective and understanding. His keen ability to read between the lines and guide us toward"

"Matt and his team worked to create a first time website for my business, LifeTransitions Counseling."

"Brendan & Matt are great. We started using them for little odds and ends and ended up using them to"

"Matt and Brendan are very professional and we are very pleased with the results generated. We are of"