Effects of Google Plus Shutdown

October 8, 2018 – Google made an announcement on their official blog that Google+ will be shutting down in the upcoming months in light of the recent data breach that occurred during March 2018. Google kept this news a secret for a number of months, leaving a large number of profiles at risk. In their defense, Google stated: 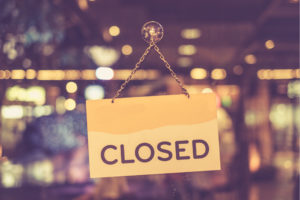 However, despite the fact that data was not mishandled, regulation authorities would still argue that breach of security should have been disclosed to the public. Nevertheless, Google+ will shut down somewhere around August 2019. Takeout, a service launched by Google will allow users to export the data stored in their Google+ account by simply logging in to their Google account and starting the import process.

Effects of Google Plus Shutdown On SEO

To learn how discontinuation of Google+ will impact SEO, we need to know how it contributes in website rankings. The Google’s version of upvoting (+1) allowed users to share the piece of content on their Google+ profile. If a blog or an article gained enough +1, that piece of content was ranked higher in the Google search results.

However, ranking of websites also depends upon multiple factors including quality of content, keywords, backlinks, and page speed, amongst others. In addition to that, social media networks such as Facebook, Pinterest, and LinkedIn can also have an impact on the website’s ranking.

Thus, Google+ was just a small part of the equation, so if every website loses that same part, then everyone will suffer from an equal part of loss, right? Well, if we critically analyze this situation, there can be many websites who may suffer from adverse consequences due to the shutdown of Google+.

For instance, if a website primarily used Google+ to engage with their audience and promote their business, they might lose their subscribers and fan base, unless they also maintained other social media accounts. That being said, Google+ will not have a significant impact on web rankings as Google regularly updates their algorithm and Google+ will not have an influence on personalizing, author, or content anymore.

In light of recent incidents such as Cambridge Analytica and now Google+, a business cannot depend upon a single social media platform for their marketing campaign. Hence, it is crucial that businesses devise a comprehensive marketing strategy by obtaining services of a digital marketing firm to diversify their advertising plans. A professional digital marketing firm will create a diversified strategy for online marketing, allowing businesses to connect with the right audience more efficiently.

"Matt and his team helped us upgrade and rebuild our company website into Wordpress, restart our SEO "

"Matt was effective and understanding. His keen ability to read between the lines and guide us toward"

"Matt and his team worked to create a first time website for my business, LifeTransitions Counseling."

"Brendan & Matt are great. We started using them for little odds and ends and ended up using them to"

"Matt and Brendan are very professional and we are very pleased with the results generated. We are of"